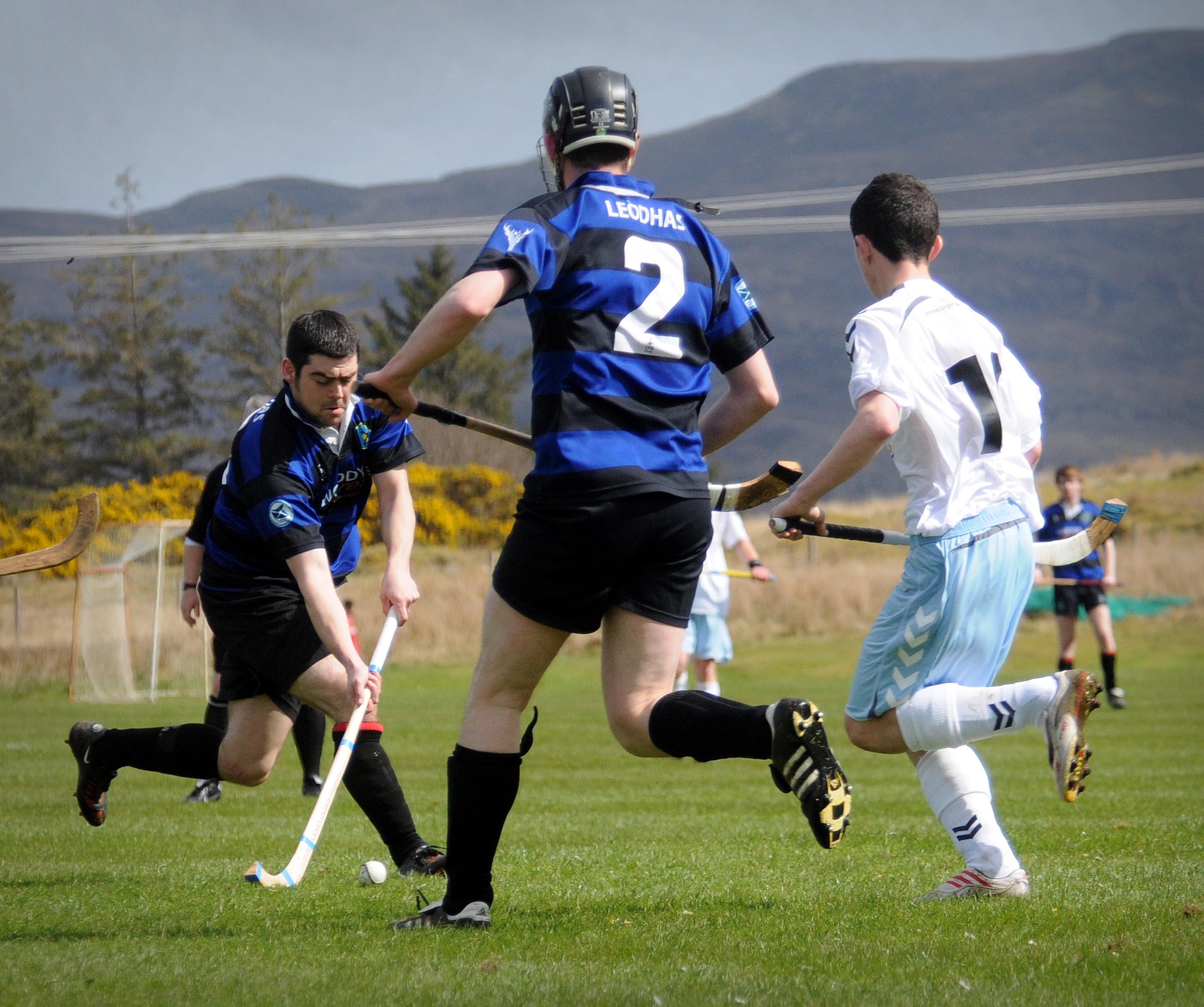 Camanachd Leòdhais will travel to Portree to play Skye Camanachd seconds for the John “Kaid” MacLean Cup this Saturday. Leòdhas played Skye for the “Kaid” in 2016, going down to a 3-0 defeat. The “Kaid” is a handsome trophy which was revived for Skye’s commemoration of the Battle of Festurbert in 2015, where it was won by Kingussie.

The two clubs haven’t met since the Mòd Cup in Shawbost in 2016 which also finished 3-0 in the Sgitheanaich’s favour, although the two clubs were supposed to contest the “Kaid” in 2017 but weather led to its cancellation.

You can see some archived articles about the clubs’ games against each other here. The picture above is from the first ever meeting between the sides in 2010.

Thanks to everyone who came and supported the club last Saturday – a grand total of £737.10 was raised.