The Cuach a’ Chuain Sgìth (The Minch Cup) – and the history of fixtures with Lochbroom Camanachd. 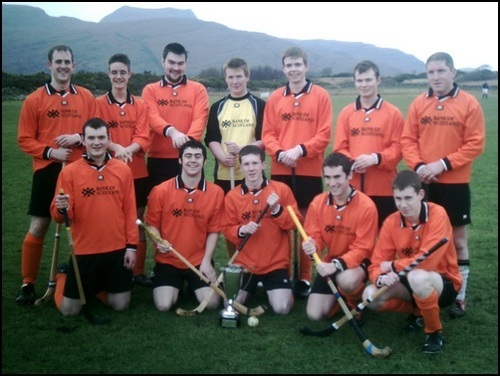 The trophy was donated by Sean MacLeod in 2007 for competition between Camanachd Leòdhais and Lochbroom.

It was first played for on Saturday 21st February at Morefield in Ullapool. This was an important date in shinty history for Lewis as it marked the first ever senior match by Camanachd Leòdhais. The game was only 1-0 at half time, but in the second half Lochbroom who at that point were one of the best teams in North Division Three, put on the pressure and the match finished 7-0.  An entertaining report can be read here. 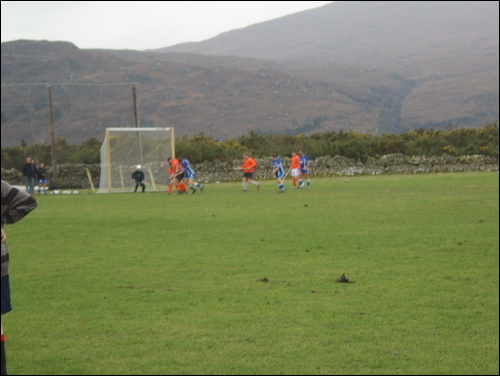 The ‘Broom would soon move back to their historic ground of Inverlael and it was here in 2008 that Lewis put in a good strong perfomance on an icy park, with Kenny Mould scoring 2 goals in a respectable 2-4 defeat to a Lochbroom side who had almost been promoted the year before.

In 2009, Lochbroom made reasonably light work of na Leòdhasaich, with a 5-0 win, the lack of league experience for the islanders was certainly in evidence. 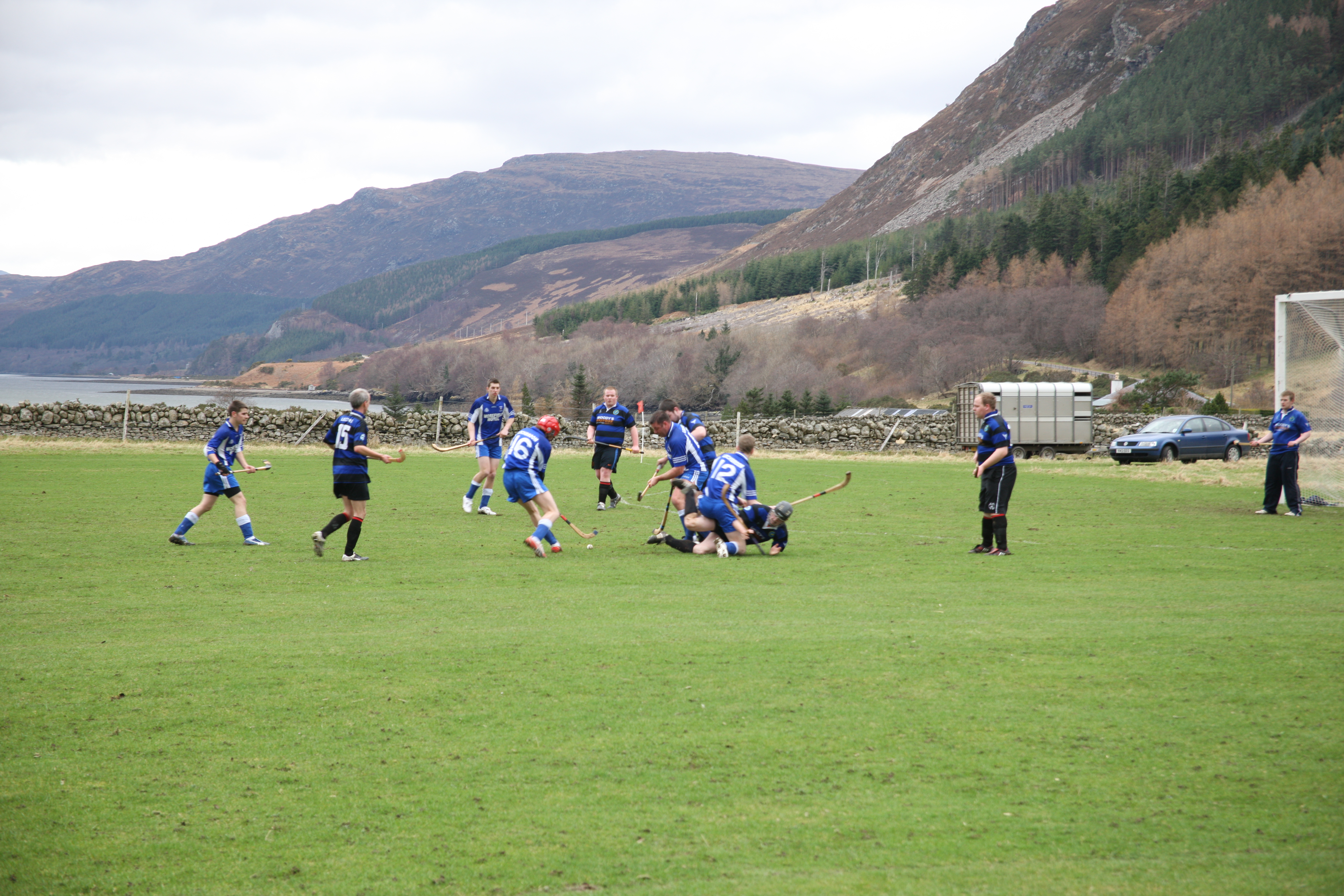 In 2010, the clubs tried to play each other two weeks in succession, but bad weather and team raising difficulties meant that the fixture did not happen, and an attempt to play it later in the season was stopped at the planning stage. This however was to be one of the instigators for Lewis entering the leagues, as it was felt that clubs, even those as friendly as Lochbroom, would not feel motivated to come to Lewis unless it was a scheduled fixture.

The fixture returned in 2011, and Lewis, only a few weeks away from entering the league for the first time, played a reasonably young, inexperienced side, against a ‘Broom team who had again had a good season the year before. The final score was 0-6 in the Ullapool side’s favour. The two teams would subsequently face each other two more times that year, with Lochbroom ebing appropriately the first team to play a senior league fixture in Lewis, winning 7-1 (Scott Murray), and also winning a much closer game at Inverlael 2-1 (Paul Duke). 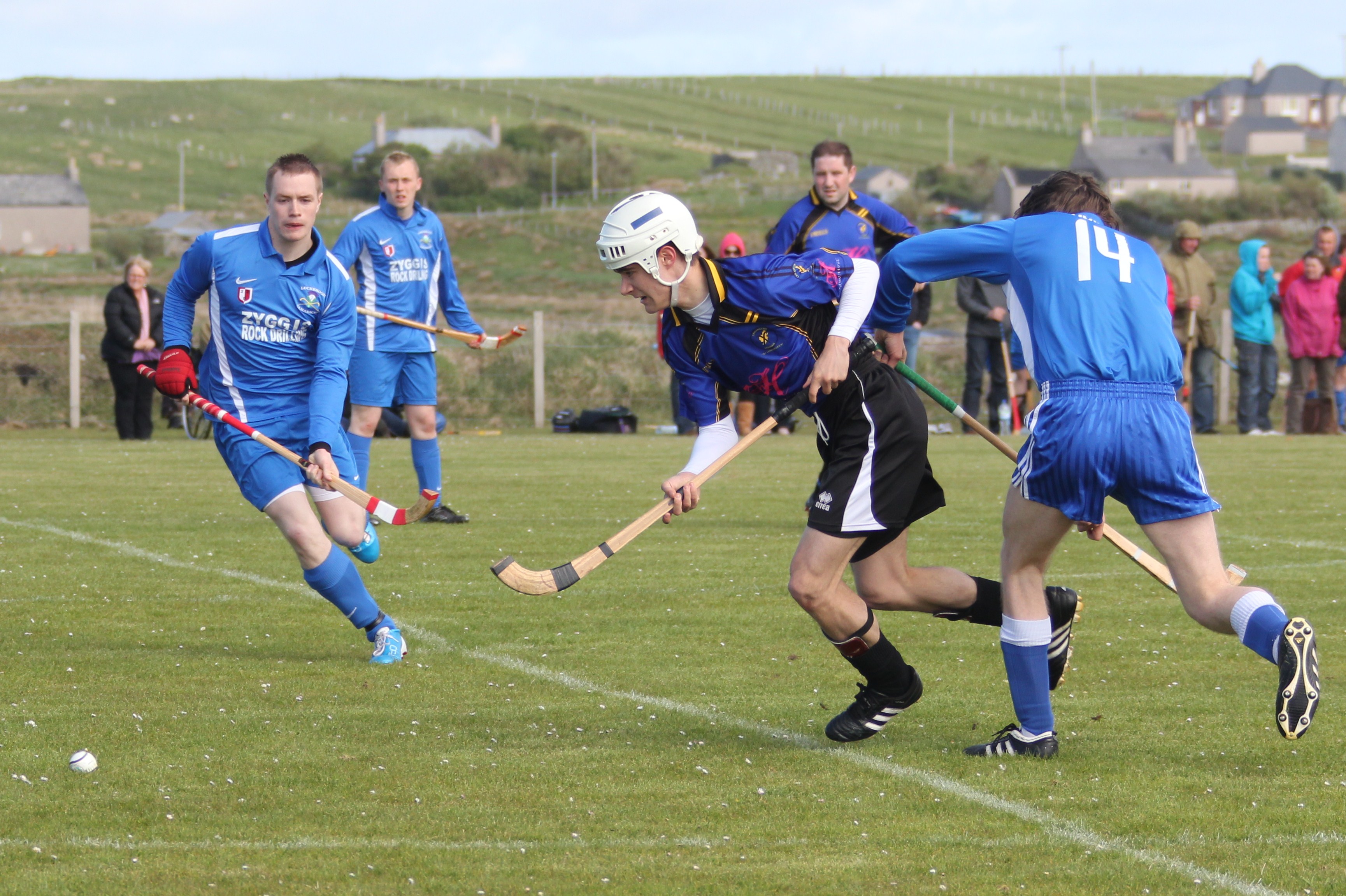 The fixture wasn’t held in 2012 as both sides faced each other in the first game of the season. In a tight game, the Broom got the run of the play and came away with a 4-2 win (Will Church, Eoghan Stewart). They won the return fixture in Lewis 2-0 thanks to the talents of Neil “Darkie” Fraser who had just transferred from Kinlochshiel.

However, there were signs in 2013 that the pendulum was starting to swing bit by bit towards na Leòdhasaich. The Cuach a’ Chuain Sgìth 2013 attested to this. It was only due to a suspiciously extended extra time, and a goal by that man Fraser again that Lewis were eventually overcome 3-2. (Will Church, Paul Duke) . The club were again unlucky not to get something from the away league fixture a few months later, losing 4-3 (Will Church 2, Scott Murray). Sadly, the Broom gave a walkover at the end of the season, unable to raise a team for the return fixture in Shawbost, and perhaps at the time, a sign of the swift demise that was about to come for the Ullapool side. 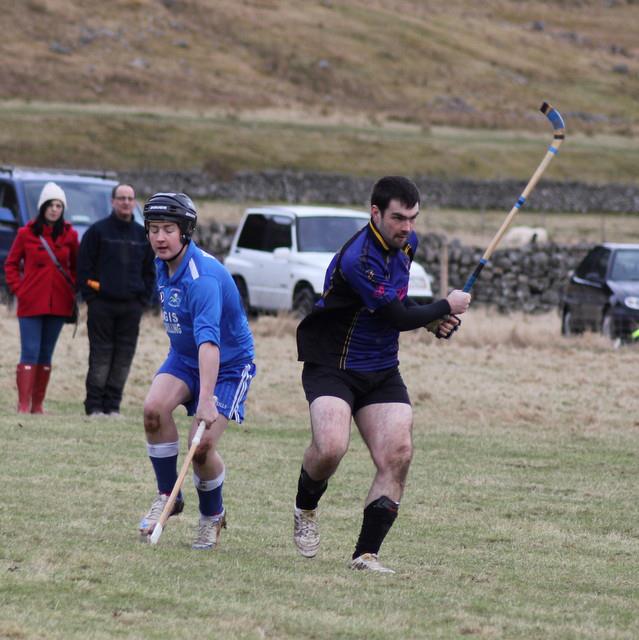 The Cuach was not played in 2014 after being postponed due to weather, and remains unplayed since the 2013 classic. Lewis gained there first ever points on the field in the away fixture in the March, a wind spoiled game that nevertheless brought a satisfying 0-0 draw for those thinking the team would never get anything at Inverlael. Lewis had a very successful season that year, and this (due to the Camanachd Association’s cackhanded adoption of Strathspey’s league split proposal) set up an intriguing match between the Broom and the Dubh is Gorm at Shawbost in July. It was a very tight match, with Broom’s excellent Jamie MacFadyen in his pomp, but a calm and confident Lewis, who went ahead with a Paul Duke goal, restricted MacFadyen to an equaliser with 20 minutes left, which resulted in a 1-1 draw and the CA franically scrabbling to work out who of Kilmallie, Lochbroom and Lewis would join Strathspey and Cabers in the top three. results and goal difference were pretty much similar but Lewis were adjudged to have the best record of the three and ended up finishing second in the league after an epic defeat of Caberfeidh after the split.

Sadly, that was the last match to be played between Lochbroom and Camanachd Leòdhais, out with a couple of matches at the Far North Sixes. Team raising and organisational difficulties, coupled with the closure of the famous Broom Bar, led to the Broom going into abeyance, many of their players stopping playing, or going to play for clubs around Inverness and in Glasgow.  Lochbroom were kind hosts to Camanachd Leòdhais for the first four years of the club’s existence, giving us usage of Inverlael, and helping with transport and coming to support at games. With some luck, they might have gone up the leagues and their talented player pool might have reached the potential that they undoubtedly had. Other than some shinty in the primary schools, the game of the Gael has gone into a very sudden abeyance in the Ullapool area, but hopefully one day the town and surrounding district can get its shinty team back.

Camanachd Leòdhais are currently looking at repatriating the Cuach a’ Chuan Sgìth from the Morefield Hotel and using it for other purposes.