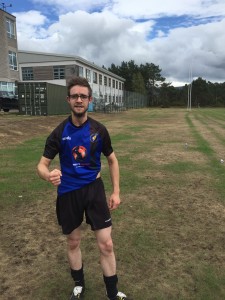 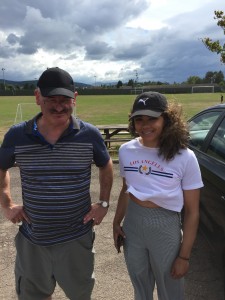 The first team travelled on Saturday to Grantown-on-Spey for the away game versus Strathspey and suffered a 4-0 loss.

The team was missing several regulars and also had a few players feeling the effects of recent illness, and there was a recall for Honorary Club Chieftain Sean MacLeod who has been unavailable this season.

As our team played against a strong wind in the first half, Strathspey plundered four goals and if not for some great saves by John in goals it might have been more. However, in the second half it finished 0-0 with some much improved play and the young players growing in confidence and ability. Callum MacRitchie had a good game in the midfield and Alicia MacSween played well at wing-back. The game will stand them in good stead for the future.

August only has two home games – Inverness on August 11th and Boleskine on August 25th. Hopefully both teams will travel to complete a first clean sweep of teams travelling over since our first league season in 2011!

After the match, Ally and Sean went to represent the club at the Alba v England match in Kingussie, along with another long-term absentee Paddy Sinclair. Sean managed the national Gaelic team as they won this international representative match 11-1 and Paddy scored a fine goal. Get back in the Dubh is Gorm a Phaddy Diablo!

The lads also met up with former Camanachd Leòdhais youth player Robert Kearney who has continued to play the sport he picked up in Lewis back in England. Young Robert made an impressive showing as the youngest on the English side and it is great to see him stay involved in the game. Cùm a’ dol a Raibeart! 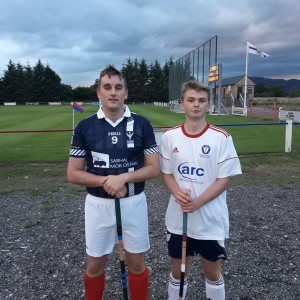