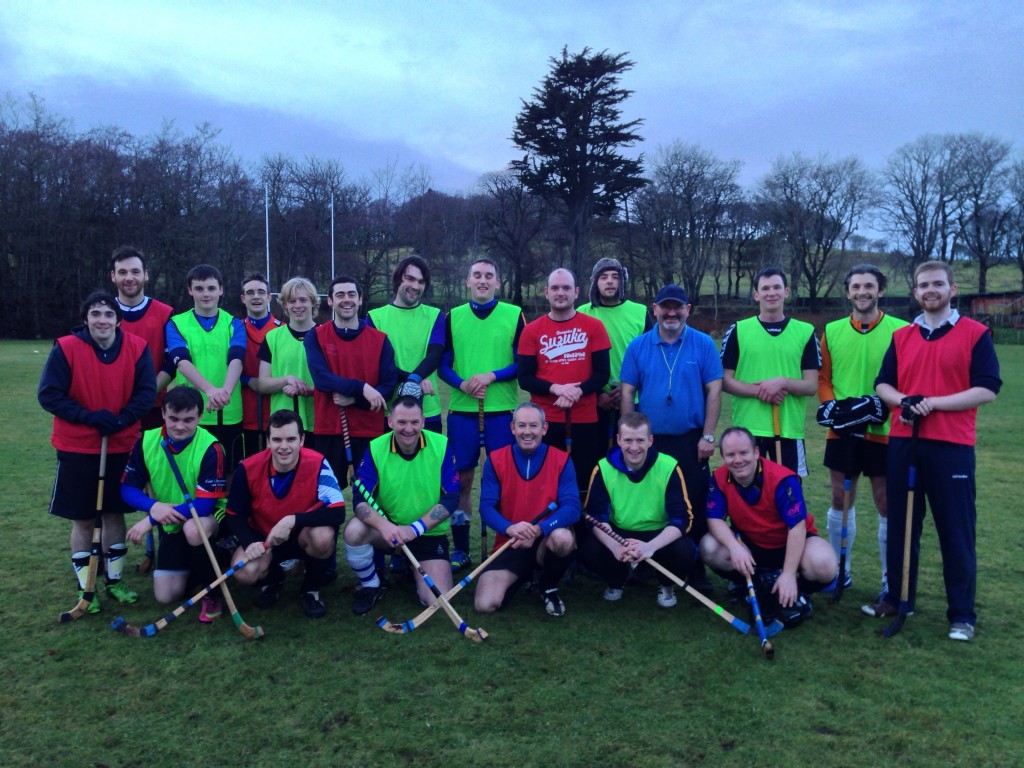 This Saturday 3rd January will see the traditional Iomain Challainn match played at Bayhead, Stornoway at 2pm between two sides chosen on the day.

The New Year tradition of Iomain Challainn was found at one time all across Gaelic Scotland, with men and women gathering in their hundreds often, with makeshift camans, to play camanachd, iomain or cluich-bhall, according to their own local naming convention, and this great occasion was a regular and normal fact of island life until the First World War in most communities. Football’s rise was swift in the aftermath of the great calamities that befell the islands in the early 20th century although the tradition hung on in Uig until the 1920s it is believed. More about the history of the sport can be found here.

The match on Saturday will mark the beginning of a 20th anniversary year for the sport in Lewis. It was reading about the New Year shinty tradition that encouraged the late Dr Alasdair Barden to gather a small band to appear at Tong Football Pitch on January 2nd 1995 to re-enact the old events. From this game came the impetus to re-start shinty in the islands after a significant gap, which had seen many forget that the sport had even been played in Lewis and Harris, let alone once been the premier sport in the islands. We are greatly indebted to those players who took the field that day, but in particular to Alasdair and his widow, Donna, for what they started 20 years ago. A short profile of Dr Barden, who sadly passed away at the age of 34 in 1998, can be found here as well as his obituary at the British Medical Journal.

Of course the modern day club has recently been afflicted by a loss and the match will be preceded by a minute’s silence for the late Coinneach Murray, thereafter, the match should throw-up at 2pm. All players should report for 1.30pm to allow teams to be selected.

All members of the public are very welcome to attend as well as any and all shinty players who may be on the island who wish a game, in recent years, players from several mainland clubs have taken part and had a great time. This will also be the first year with ladies involved as well and it is always an entertaining and well fought game.