That time of year again!  The big derby of the year with Uist is this Saturday, 2PM at Bayhead. Big thanks as always to Caroline MacLennan and the whole Hebridean Celtic Festival team for their hospitality and support of this fixture which has been crucial to the development of shinty in the Western Isles over the last few years.

The 2008 version was played over two legs, with the first game held in North Uist at Easter.  Lewis won that game 4-2, but the game at Smith Avenue on the Saturday of the Festival was a close 2-2 draw, with Lewis grabbing the draw in he final seconds to secure the cup. 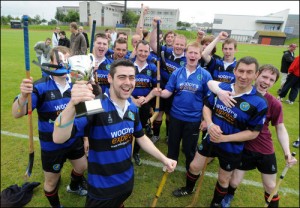 In 2009, there was a cloud over proceedings with the recent death of Craig Morrison.  On a rainy day which seemed to reflect the mood, in that sense the result was secondary although Uist played well to win 3-0, their first win in the competition and the first time the fixture was played at Bayhead. 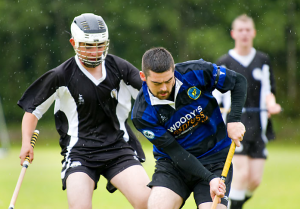 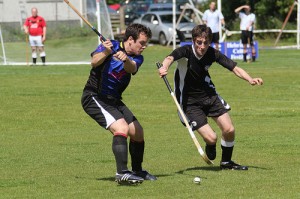 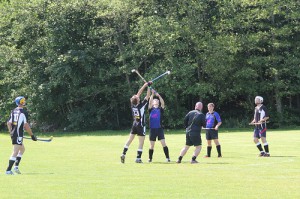 What 2013 brings is anyone’s guess but hopefully with Cornwall’s Matt Mossop in the middle and a good weather forecast it can be another cracker and hopefully there will a Leodhasach hand on the trophy when it is raised. Don’t miss out.

Been a couple of agonising defeats recently, 4-3 to Kilmallie and 3-2 to Inverness.  All we can do is keep training hard and keep moving forward as always. Training every Tuesday and Thursday.

Eoghan and Ally Lamont will be running the kids summer camps at Smith Avenue Wednesday to Friday this Week.  Thanks to Comhairle nan Eilean Siar’s Motiv8 Programme for their support, we have almost 20 kids signed up.