The weather might have been dreich but the action on the pitch certainly wasn’t ⁦@lewiscamanachd⁩ 👏🏻👏🏻 pic.twitter.com/UuNYDoYMSb

The Dubh is Gorm continued this season’s fine form with a tense 4-3 win over Cannich’s Strathglass at a wet and windy Sgoil Shiaboist. The match was sponsored yet again by Outer Hebrides Campervan Hire.

The game started in fine fashion for the home fans with a Donald Lamont goal, but the game settled into a rhythm with both teams having opportunities. Strathglass would have been happy going into half-time 1-0 down when the wind would have been in their favour, but they switched off in the dying minutes to allow our boys to go in at the interval with a healthy 3-0 advantage thanks to  goals from Crisdean MacRae and Ruaraidh MacMillan. Great to see Ruaraidh back in the dubh is gorm.

The goal advantage was crucial as Strathglass were stung into action in the second half and with a gusting wind started to make big moves on Conor’s goal, with former Camanachd Leodhais player Eoghan Stewart leading the line. Fortunately the lads held on to the advantage for a good part of the second half, until Strathglass’ Colin Birnie scored on 71 minutes. Thankfully Donald struck for his sixth of the season moments later to restore our three goal advantage but Birnie grabbed two more goals in the next ten minutes to complete his hat-trick and set up a grand stand finish.

Thankfully, the grit and determination that the side has shown all season was in full evidence, and although Strathglass had a few more opportunities, the young Dubh is Gorm ground out a precious victory and push the team into 6th in the table on 11pts, one behind Lochaber.

Thanks to Strathglass for coming over with a young and talented team and being part of a great game. Thanks also to all the supporters who braved the elements.  Photo courtesy of Donald MacRitchie. 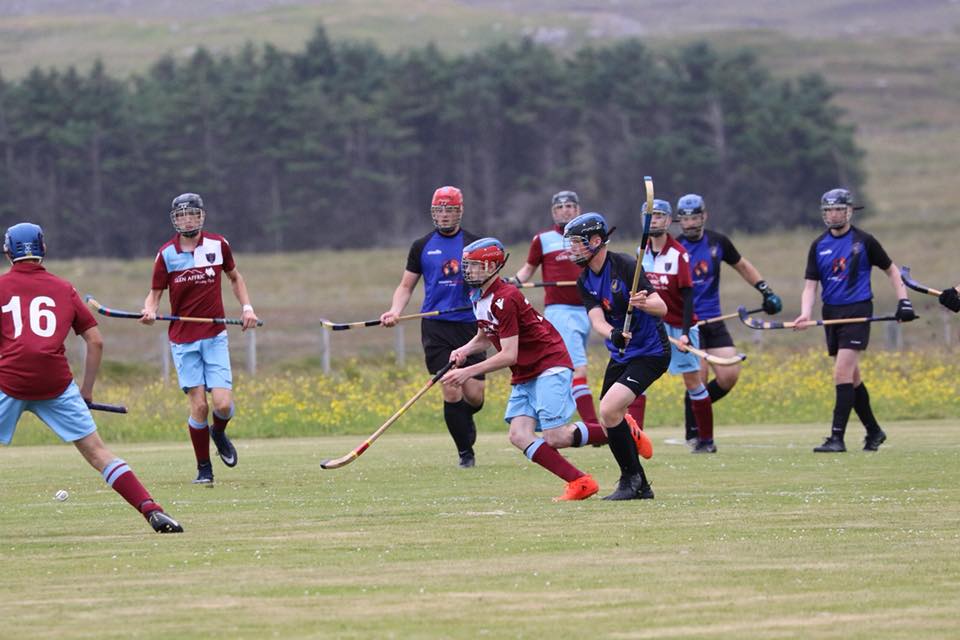 Next week sees the annual clash with Uist Camanachd for the HebCelt Cup in the heart of Stornoway. Come along and enjoy the game at Bayhead at 2pm. Entry by donation. 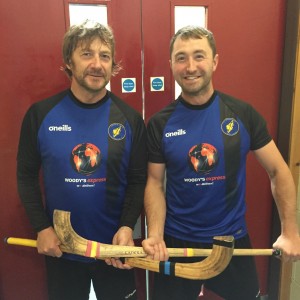 Thanks also to long term sponsors Woody’s Express for the smart new O’Neill’s strips which certainly seem to match the team’s newfound smartness on the park.