Kilmallie and Diablo the Baton Carrier 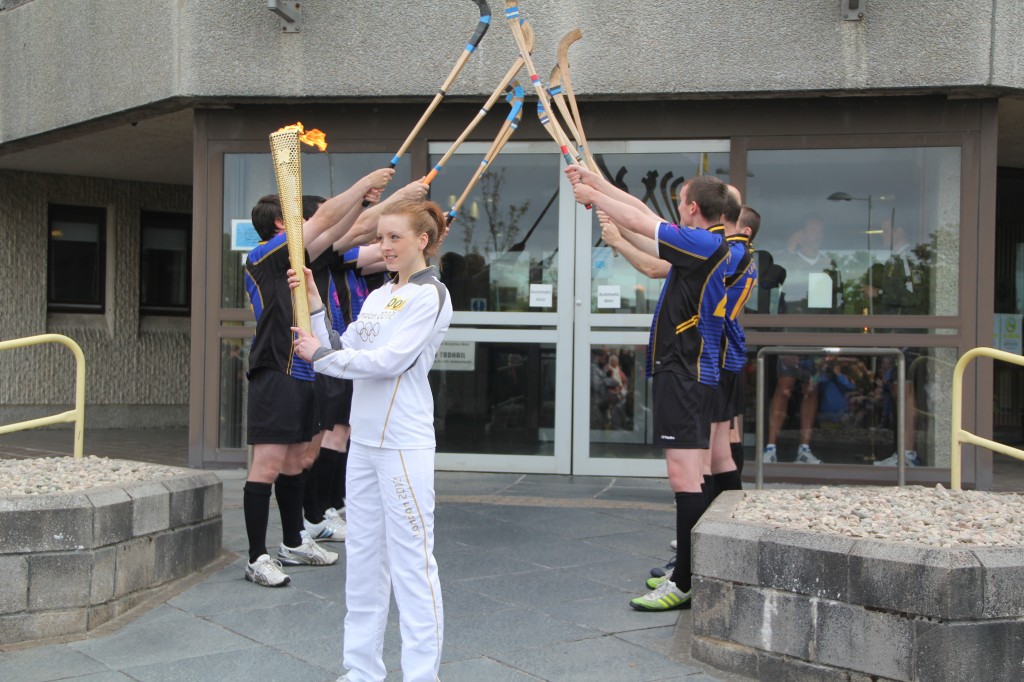 A tough old shift down at Caol as always. Kilmallie dealt out a shinty lesson, Brian Mackay and Lewis Birrell showed clinical finishing. Positives, not that many, but Will grabbed our first ever goal down at Canal Parks and, well, the weather was stunning yet again. (the people of Corpach are rumoured to believe that a Leodhasach is a harbinger of good weather.) Good hospitality in the Tradewinds as always and we look forward to Kilmallie visiting Shawbost soon.

Anyway, we received some very positive news when we heard that Iain “Diablo” Sinclair, our shinty supremo, has been chosen for the honour of carrying the Queen’s Baton in the Baton Relay in the lead up to the Commonwealth Games 2014.  The Baton will be in Stornoway on Tuesday 8th July. The club of course has form for crashing these athletics related events as evidenced by the Olympic Feel Good factor of 2012 becoming all Dubh is Gorm above!

The motto of the Baton Relay is “Make A Local Champion Feel Like A Commonwealth Champion” and we have to say Iain has been a real champion in helping develop shinty in Lewis and Harris these last few years. He deserves all the recognition that he receives for this great honour and we wish him well. Tha thu airidh air airson gach oidhirp a tha thu air a dheanamh as leth camanachd ann an Eilean an Fhraoich.

We can only wonder what might happen if he wins us some silverware! MBE? Knighthood? Or perhaps Donald, Ally and the wider Lamont clan’s campaign to keep Scotland in the UK is down to a desire to see Diablo become Baron Sinclair of Milkinghill agus Siabost and take his place in the House of Lords? Who knows?*

More info about where and when you can see Diablo in his Dubh is Gorm tracksuit in July to come. http://www.glasgow2014.com/video/make-local-champion-feel-commonwealth-champion