The dinner was held after an entertaining Iomain Challainn at Smith Avenue which saw a Conor Macdonald hat Trick and a Donald Lamont goal give Will Church’s team a 4-0 victory over “Diablo” and his select.

The 2015 and 2016 Captain, Kenny “Duffy” Murray, was awarded the Senior Player of the Year. Kenny was not able to be at the dinner to receive his award.

2015 was a promising year for Ruaraidh MacMillan and he was a deserved recipient of the Junior Player of the Year award.

Alicia MacSween, who has been in many ways a trailblazer for women’s shinty in Lewis & Harris, was an appropriate recipient for the inaugural Ladies Player of the Year.

Manager Duncan MacIntyre congratulated all the award winners “Each and everyone of our Award Winners: Kenny, Alicia and Ruaraidh, display all the attributes we want from all associated with Camanachd Leòdhais , they are a credit to the Club and great role models for all of us at the Club.”

All awards were presented by Camanachd Leodhais Chieftain David Macdonald. Thanks to everyone involved in organising the meal and the awards.

In other award news, Head Youth Coach and coach for Sgoil nan Loch and Sgoil Phàirc, Al Reed, has named his most committed players of 2015, Dylan (Lochs) and Malin (Pairc) and the most improved players from each session, David (Lochs) and Fergus (Pairc). The young Lochies celebrated beating the rest of Lewis & Harris 2-1 in the Iomain Og which preceded the Iomain Challainn. 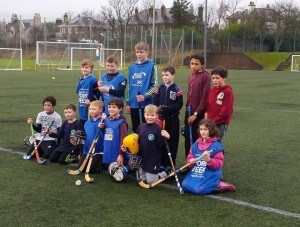 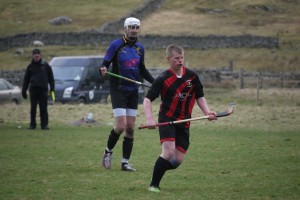