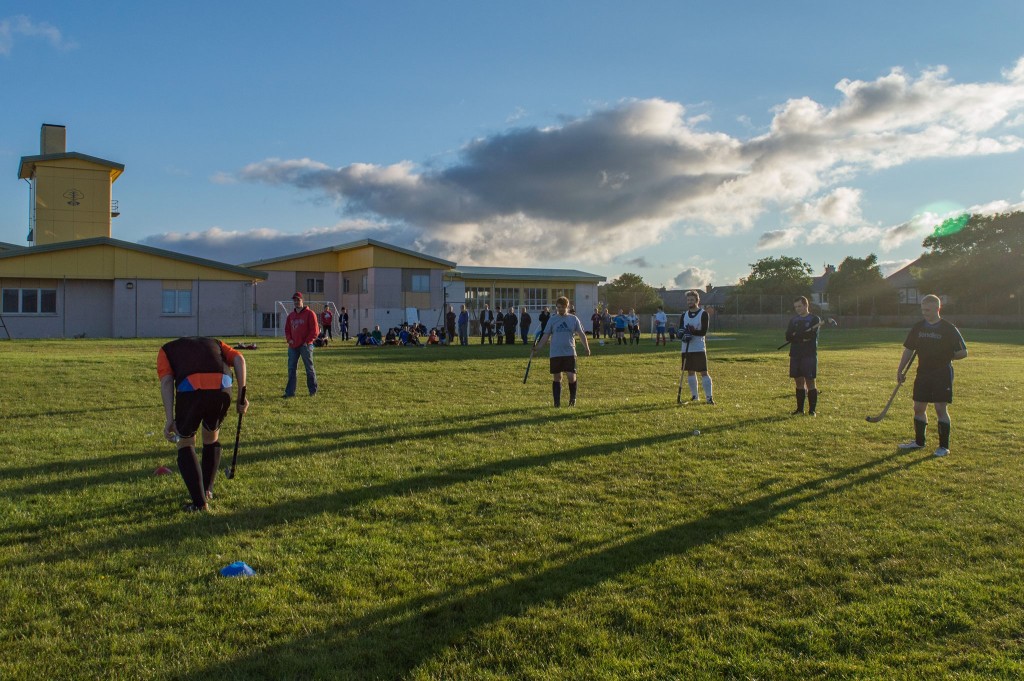 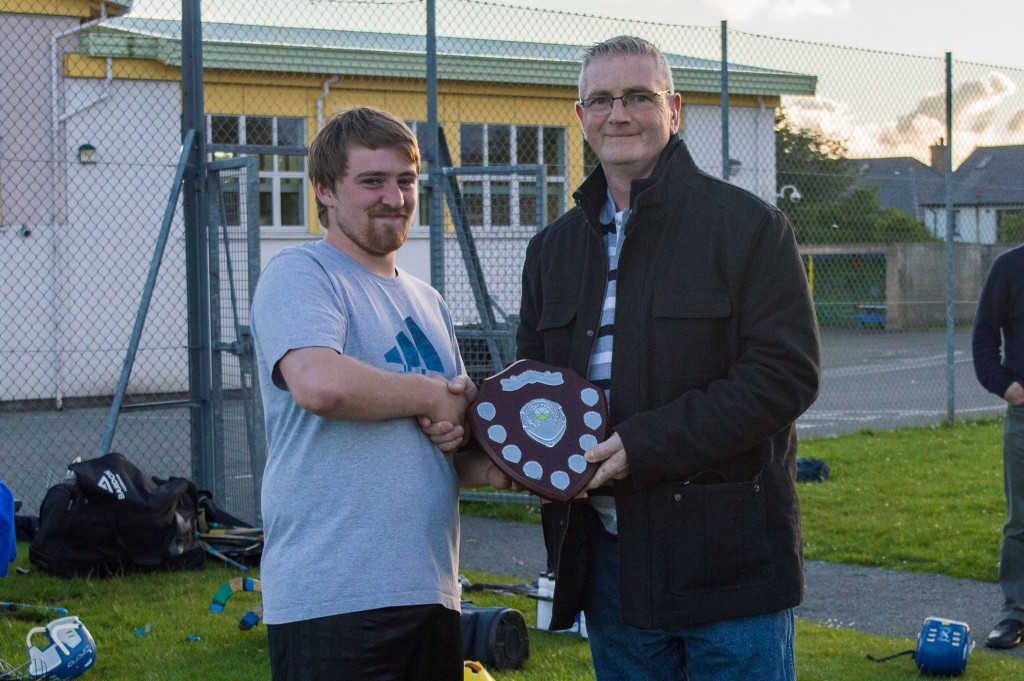 Last Wednesday saw a great night in memory of two Morrisons who are greatly missed by all the shinty community in Lewis.

The Craig Morrison Stornoway Sixes had their second midweek running after last year’s successful trial and it once again proved an excellent addition to HebCelt week.

The awards were presented by Murdo Morrison, father of the late Diane Morrison. Diane passed away suddenly in 2012 , and in her memory a collection as made from all the players which raised over £150 for the British Heart Foundation, for whom the family have tirelessly fundraised since her untimely passing. The club will now make hold this collection at the event every year.

The senior tournament saw a three team double round robin, with both teams playing each other twice. There were Al’s Pals (captained by Al Reed), Simply the Best (Michael MacLeod) and Fiorentina Turner (Peter Gomez).

The results meant that Simply the Best and Al’s Pals were tied on points, so a penalty shootout was held. Donald’s penalty snuck past Eoghan so the title went to Michael’s team. He received the shield from Craig’s father Graham and mother Kareen and other members of the family who were in attendance.

Rory MacDiarmid was named young player of the tournament, but all the youngsters who took part in the adult competition, including Steven Morrison, Robert Kearney, Lisa Mason, the Murray brothers and Rory’s own brother Conal all looked promising for the future.

Ally Lamont edged his brother and Steven Morrison for player of the tournament thanks to some incredible strikes which threatened to burst the net.

Kareen said afterwards that Craig would have loved the event. He was a great, enthusiastic personality and his loss in 2009 was a terrible blow to all his family and friends. We look forward to playing tribute to him for many years to come.