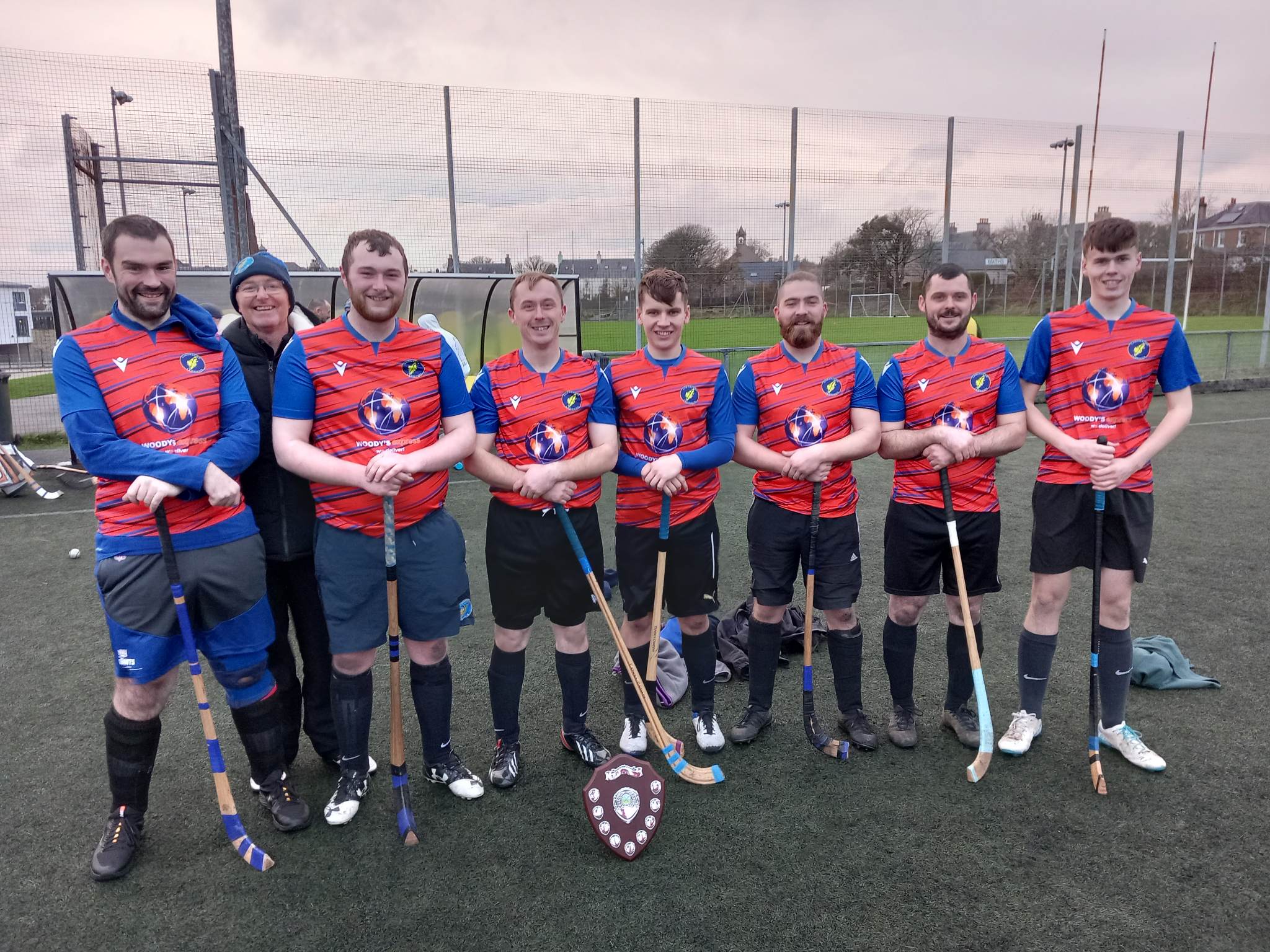 For the first time since before the pandemic, we were able to host a traditional sixes tournament on Saturday & what a day it was!

Two Inverness sides made the trip & we are hugely thankful to Inverness Shinty Club for attending on such short notice. It was fantastic having you & we hope to see you again next year!

The Sixes was played in a league format with the teams facing each other twice, with the team top of the league after six games declared the winner.

The opening match saw Lewis A & Lewis B lock horns. Lewis B thought they had the game won following a fine strike by Scott but with the last hit of the game, Finlay smashed a beauty into the top corner to leave both sides with a point.

It was then time for both Inverness sides to duke it out. It was Inverness A that proved too strong for their counterparts, coming away with a 2-0 win as they moved to the top of the table.

Inverness A remained on the pitch to take on Lewis B in the next game. It was a tight encounter but it was the island side that edged it thanks once again to a great strike from Scott. The win moved Lewis B to the top of the table.

Lewis A & Inverness B was next up & it was once again Finlay to the rescue for the Leòdhasachs as his goal secured a 1-0 win & moved Lewis A to the summit of the table.

The yo-yoing at the top of the table continued as Lewis A, perhaps fatigued from having to stay on, were dispatched handily 2-0 by Inverness A which put the Town side top.

The final unique matchup of the day saw both ‘B’ teams face off. Lewis B were now in the drivers seat, wining 2-0 thanks to Harrison notching his first of the day & Scott his third.

The second round of games kicked off with Inverness A & Lewis A squaring off. Inverness put in perhaps their best performance of the day, putting four past Lewis A to regain top spot.

The second game between Lewis B & Inverness B was the first (and as it turned out only) game in which Scott didn’t find the back of the net. Instead it was Declan & Donnie on the scoresheet in another 2-0 win & once again, Lewis B were in pole position to win it all.

It was now Inverness B’s turn to play back-to-back as they took on Lewis A. The Inverness side showed plenty of grit & determination as they fought for a 0-0 draw to pick up their first point of the day.

The antepenultimate game of the day was the big one. It was Lewis B taking on Inverness A. Inverness A needed a win to take top spot. A draw would leave Lewis B needing to beat Lewis A in their final match whilst a Lewis win would win them the competition.

Inverness A were on top for the majority of the match but found Paddy in fine form between the Lewis sticks. As the game looked to be heading for a 0-0 draw, Scott went on a mazy dribble & slotted the ball past Drew McNeil in the Inverness goal to give his team the lead with seconds remaining. It was a goal of real quality & a worthy way to win the shield for Lewis B.

Lewis B had no time to celebrate however as it was their turn to go back-to-back & take on Lewis A. Lewis A were the only team to have both scored & taken a point from Lewis B thus far but there was to be no repeat as The Irn-Bru Crew, as Lewis B had dubbed themselves, came away with a comprehensive 4-0 win. Scott scored his fifth of the day to start the scoring. Donnie added a second before a Harrison double (one of which was a fantastic solo goal as he weaved past two before finishing smartly) saw Lewis B sign off in style.

The final game of the day was a battle between both Inverness sides. Inverness B scored their first of the day to pull back level with their opponents but Inverness A pulled away late to win 3-1.

It was a day full of high quality shinty played in wonderful spirits and all four teams did themselves proud.

With the shinty over, we took time to remember Craig Morrison, our friend and teammate that we lost in 2009. Referee for the day Donald Lamont then named Iain Hunter as his player of the tournament before The Craig Morrison Shield was presented to Lewis B captain Daniel Harrison.

It was fantastic to have the tournament back & hopefully with a bit more notice next year, we will have have even more teams competing for the Shield!