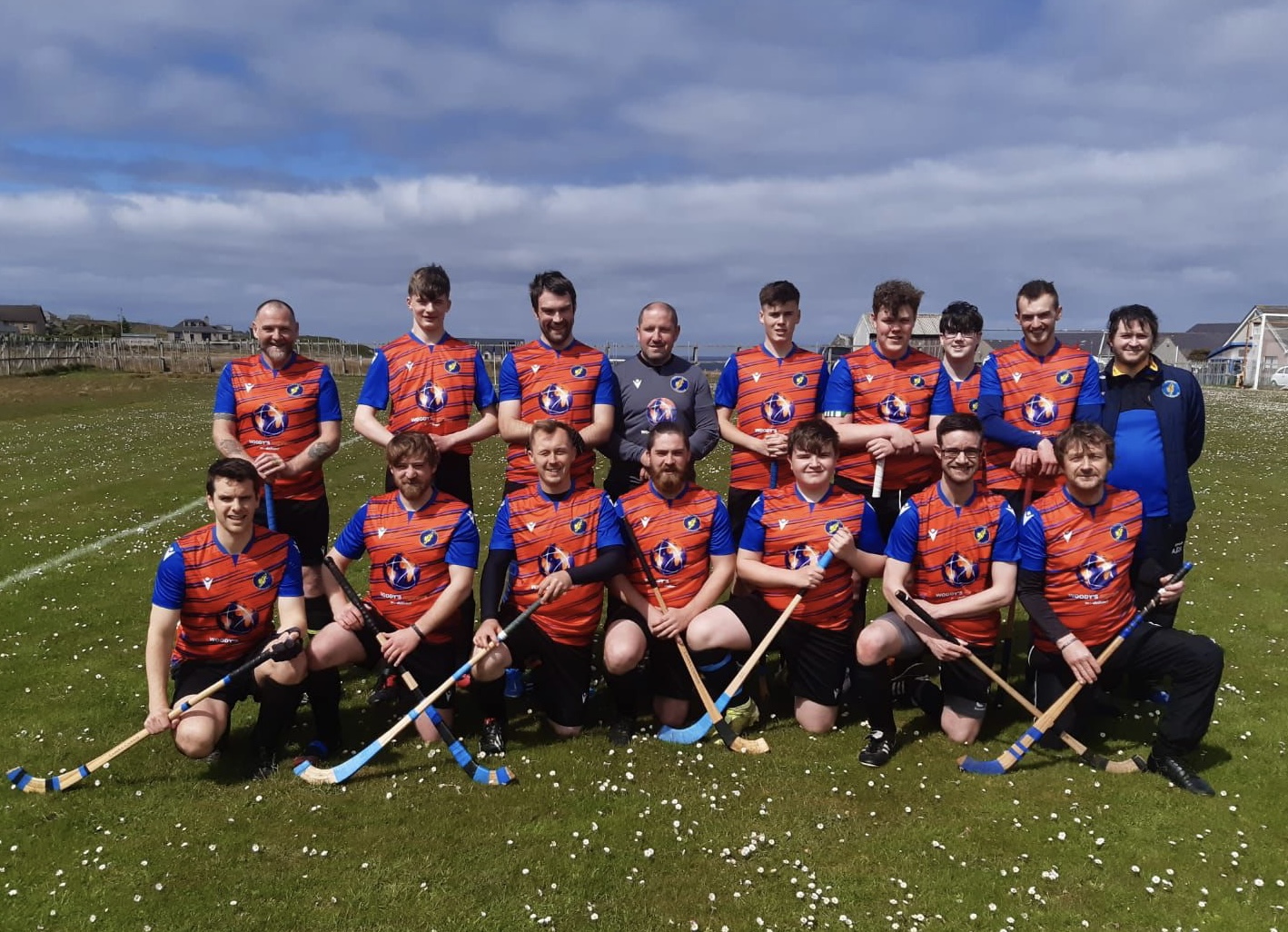 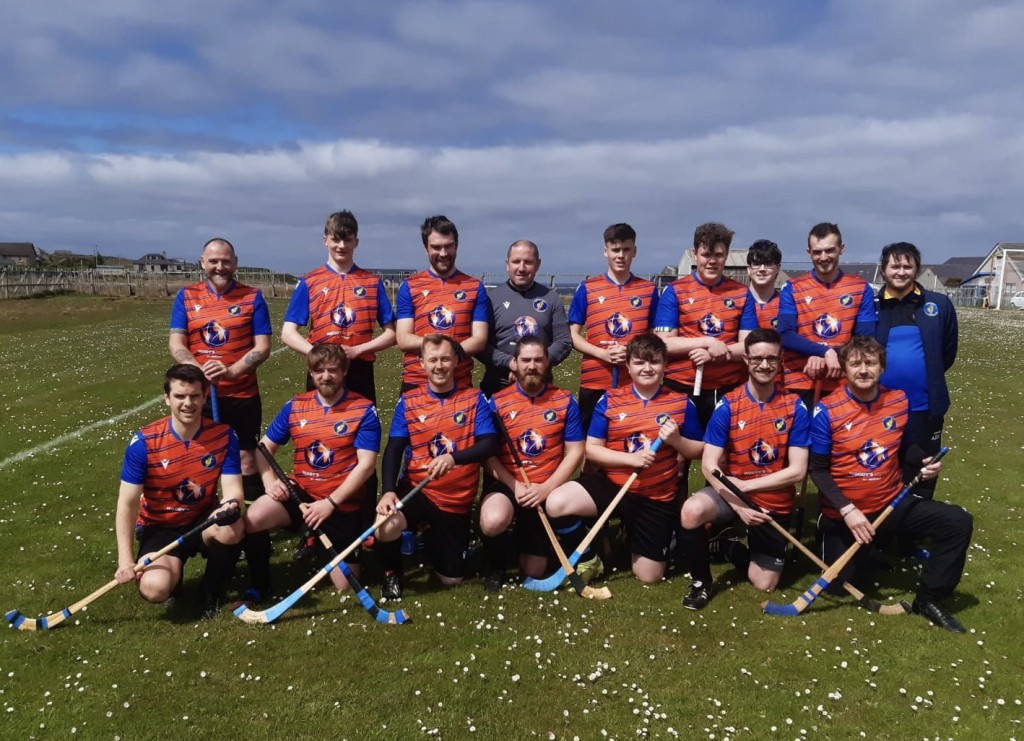 Camanachd Leòdhais has unveiled its first ever away kit to mark 15 years as a senior club.

The new strips are a tribute to the strips that were used by the club in the first ever senior match v Lochbroom in February 2007.

Those strips, borrowed from the Nicolson Institute, were Orange with black shorts, and so the strip echoes those colours whilst also bringing in blue highlights – the colours of long term sponsors Woody’s Express, who sponsored the very first iconic “Dubh is Gorm” strips, and have provided several sets of strips since returning as kit sponsor in 2014. Thank you to all at Woody’s Express, especially Peter Gomez for their continued support.

Four of the line-up played in the original Orange strips; Sean MacLeod, Daniel “Gaga” Gallagher, Duncan MacIntyre and Stuart “Tyson” Campbell, and indeed four of the players were not even born when the club was re-constituted in 2006!

Whilst the new kits did not see a maiden victory against Caberfeidh in the Sutherland Cup second round match,  the club gave a home debut to Paddy Wilson who has moved to the island and faced up against his old club. Welcome Paddy!

Cabers came away with a 3-0 win. Best wishes to them in the rest of the competition. It was good to get a home game after almost three years and also after all the recent travel difficulties. Next up is Lochaber at Shawbost.