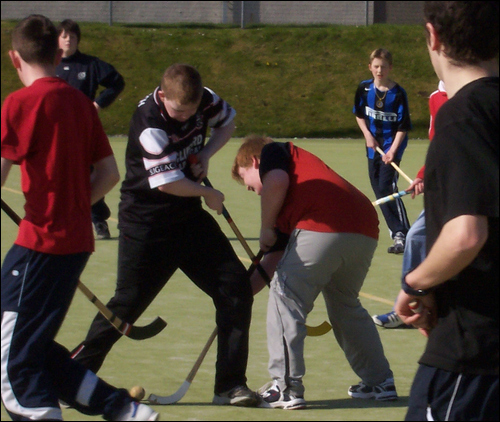 The club suffered a 10-2 defeat on Saturday against Cabarfeidh at Castle Leod. Positives were that these types of events have been a much rarer occurence this season, and that the performance against a very good Cabers side saw no lack of hard work and effort from an understrength Dubh is Gorm. It was good to see Innes back after his bad injury in the HebCelt and also of note was that Ally continued his good run in front of goal, and Micheal Macdonald scored his first ever goal for the club after many years of service (all the way back to when the above picture was taken and beyond)!

You can read a full report over on the Isles FM Facebook page. Thanks to the station for publishing our reports throughout the season.

It’s been a long season, so hopefully the club can finish on a high and take something from our two remaining fixtures, starting with our away fixture to Beauly this Saturday 8th September.