5 in a row in tenth anniversary HebCelt! 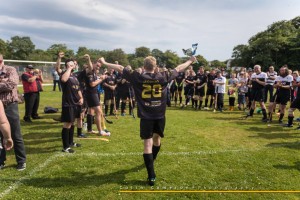 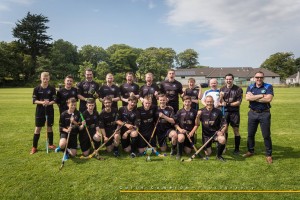 The lads built on last Saturday’s draw against Strathspey by overcoming a very competitive Uist side in the tenth anniversary fixture.

The game returned to Bayhead after a temporary move to the astro last year and this gave Uist an extra fillip as talisman Keith Macdonald was able to play on grass after missing out last year.

Uist started strongly but goals from Dougie Shaw and David Cleary gave us the halftime advantage of 2-0. There was a great crowd and they were treated to an entertaining second half. Uist came into the game strongly especially after Ally Lamont had to leave injured at halftime.

However, Dougie nicked a goal against the run of play and then Dukey made it 4-0 with a rasper. However, Uist managed to make it ominously tight in the final ten minutes, ex Lewis player James MacRae scoring, Keith putting one just over, then ex Scotland U21 and James’ brother Crisdean grabbing another Uist goal to make the final score 4-2.

The cup was presented to captain Peter Gomez – thanks to Henry MacInnes for refereeing, also naming Crisdean MacRae as Man of the Match, and of course to the Hebridean Celtic Festival for their continued support over a decade.

The support of Caroline MacLennan and her team has been vital in giving this incredible platform for showcasing Hebridean Shinty and we thank them for their hospitality and wish them many more succesful years in partnership.