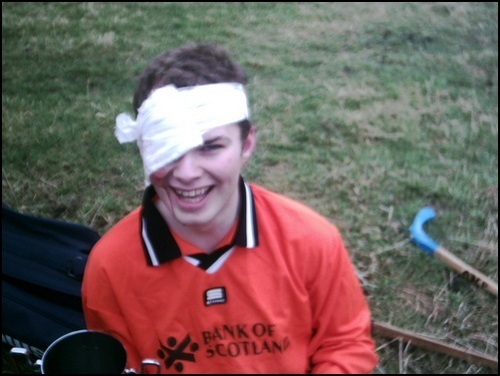 Today Saturday 21st February 2022 marks 15 years since Camanachd Leòdhais’ first game as a senior club. The occasion was a trip to play Lochbroom in Ullapool at a pitch by the golf course.  It was an entertaining game, and the fledgling Lewis side did well to only be losing 1-0 at half-time, although in the second half changes and their oppponents’ experience led to a 7-0 win for the Ullapool based-side. (As well as Ally Mackenzie’s blood injury which never stopped him smiling). It was the first of many games between Lewis and Mainland opposition, and it was fitting that Lochbroom were the first club to play a league match in Shawbost. The Cuach a’ Chuain Sgìth, or Minch Cup is currently in abeyance due to the sad folding of Lochbroom in 2015. A full history of the fixture over the years can be found here. 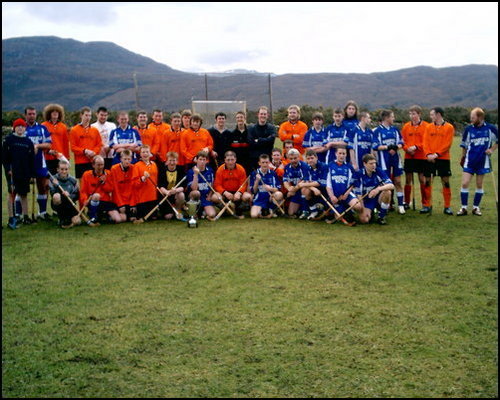