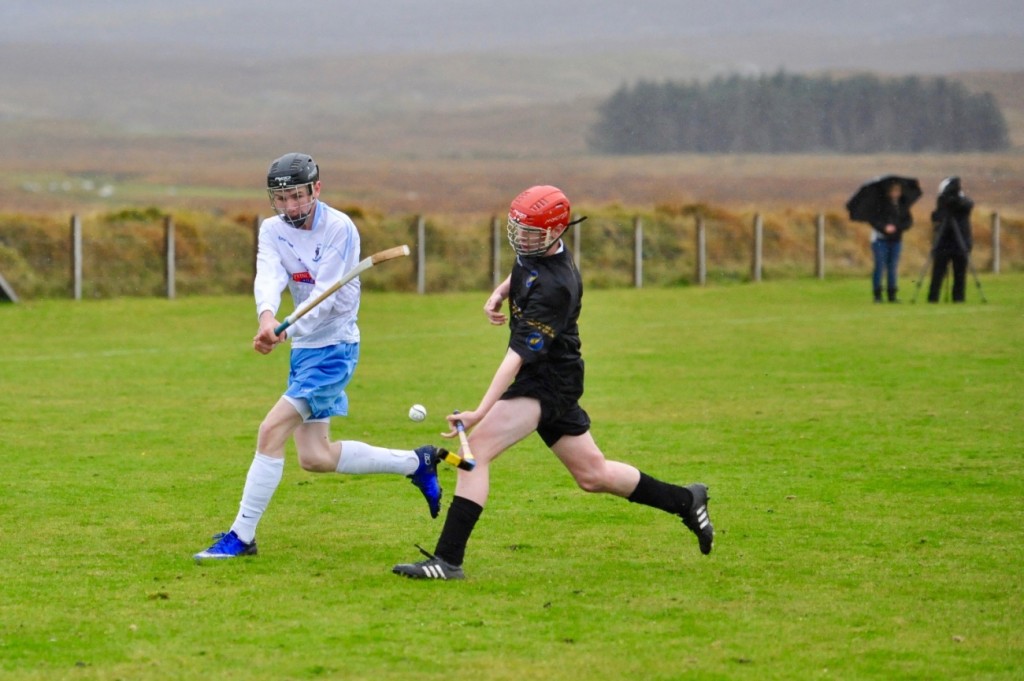 Camanachd Leòdhais are honoured to be invited by Skye Camanachd to contest the John “Kaid” MacLean Cup yet again in 2017.

The fixture will be played at Pairc nan Laoch, Portree on Saturday 25th February.

The trophy is in memory of John “Kaid” MacLean, a great Gaelic raconteur and bard who had links to Skye and the Glasgow Skye Association. It went unplayed for many years after an initial game between Oban Celtic and Glasgow Skye in the 1930s, with the trophy eventually being donated to Skye Camanachd. It was revived in 2015 as part of the Skye Festurbert Commemorations in 2015 where it was won by Kingussie. Last year’s fixture was to commemorate the Somme, in which many men from both Skye and Lewis were slaughtered.

Skye and Lewis met in challenge cup action twice in 2016, firstly in the corresponding fixture last year where Skye won 3-0, and then in the Mòd Cup at Shawbost which Skye won by the same scoreline. This was both team’s last competitive fixture.

Skye reserves are under new management, with Kenny “Barlow” Macleod taking over from David Pringle, as they prepare for another season in North Division One.

This game is Duncan MacIntyre’s sides only confirmed friendly so far as we prepare for an expanded North Division Two. Stay tuned to the website and club facebook for any further news.