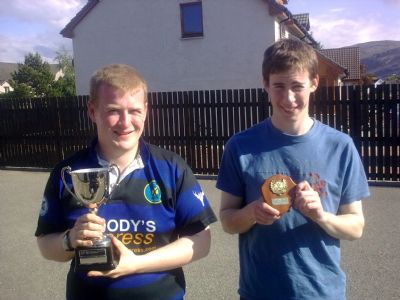 The Assynt landscape is one the Leòdhasach knows well, seeing it rising on the horizon as we sail towards the mainland. Often a dark purple, the Far North West, Dùthaich MhicAoidh, is a different beast from its Torridon neighbour. Giant mountains tower out of low lying moors, unlike the large massifs of the mountains to the South. It was into this awe inspiring landscape that two brave Lewis Camanachd teams ventured forth into in 2010 for the Far North Sixes.

Dark times reigned in the Heather Isle, the club was reeling from a 18-nil humiliation by Skye in the Strathdearn and there was little prospect at that time of the club entering the leagues. There was little linkage between the Nicolson Institute and the Senior Club and the future of the club was not promising. Even Stompy missed the ferry on the morning, meaning both the big man and the bag of strips didn’t make Ullapool!

However, the Far North Sixes therefore presented some novelty, a chance to test themselves against the embryonic teams from the Far North and to integrate the two disparate sides. Shinty was taking off in a big way in Kinlochbervie (KLB) and at Farr High School in Bettyhill and both teams had a strong rivalry. Despite the fact that Lewis had more cup experience, there was no feeling of confidence going into this tournament as they drove through the mists which coated Suilven.

Lewis had developed a relationship with the KLB club as they had featured in the youth level Mid Minch Medal which sadly . Heather MacNeil, Duncan Clark and Paula MacLeod have done a great job which started from a school project, that continues to this day, taking the North West youths across Scotland for tournaments and has started to produce senior players.

With the shinty shop in attendance and the mist beginning to lift, there was a great crowd in attendance and a sense of occassion. The Lewis players watched some of the first battles, taking stock, and whilst there was some good play in evidence, the players started to believe that they could be in with a shout.

Lewis were guaranteed one win as they faced off first. The B team hosted Scott, Gaga and Conor in goals, and a young Paddy with a few minutes of senior action at Buckshee back. The A Team featured Eoghan sitting in at fullback and present first teamers, Euan Gilmour in the sticks and Michael MacLeod and Al Reed playing in midfield.

After the B team disposed of the A team, Lewis really turned on the style, Scott absolutely dominant in midfield and Gaga was indomitable at the back. However, it was the young Niseach James “Titch” Morrison who was the big difference, popping in the goals which drove Lewis A to victories over Farr B and KLB. All that was needed was to avoid a 3-nil defeat to Farr Camanachd A but the boys were relatively untroubled against a team which featured once and future Mòd Cup winner Andrew Henderson for his hometown team. The 0-0 draw secured Lewis’ first ever silverware outside of the Hebcelt Cup.

The A team battled very well and both games against Farr A and KLB were only lost with last minute long range efforts. They secured a draw against Farr B and it was great experience for all the youngsters involved.

Scott was a deserving player of the tournament, and having seen how he has developed since Lewis joined the league, the seeds of his potential started to burst through that day. Conor Macdonald lifted the trophy and it was a quick journey back to Ullapool, although Scott, Conor and Eoghan were proud as punch taking the trophy into the late lamented Broom Bar, to show off to our old friends, Ruby giving us a complimentary pint for Conor (Scott being teetotal and Eoghan driving).

An important day in club history, what followed was a positive month. The first Craig Morrison Sixes were successful and the HebCelt cup was secured. All that was left was to make the bold step of league entry. It would be great to see James “Titch” Morrison back involved, the young man certainly had an eye for goal, and James “Jambo” Morrison and Connor Chalmers are two others involved who would be good to see back in the Dubh is Gorm. 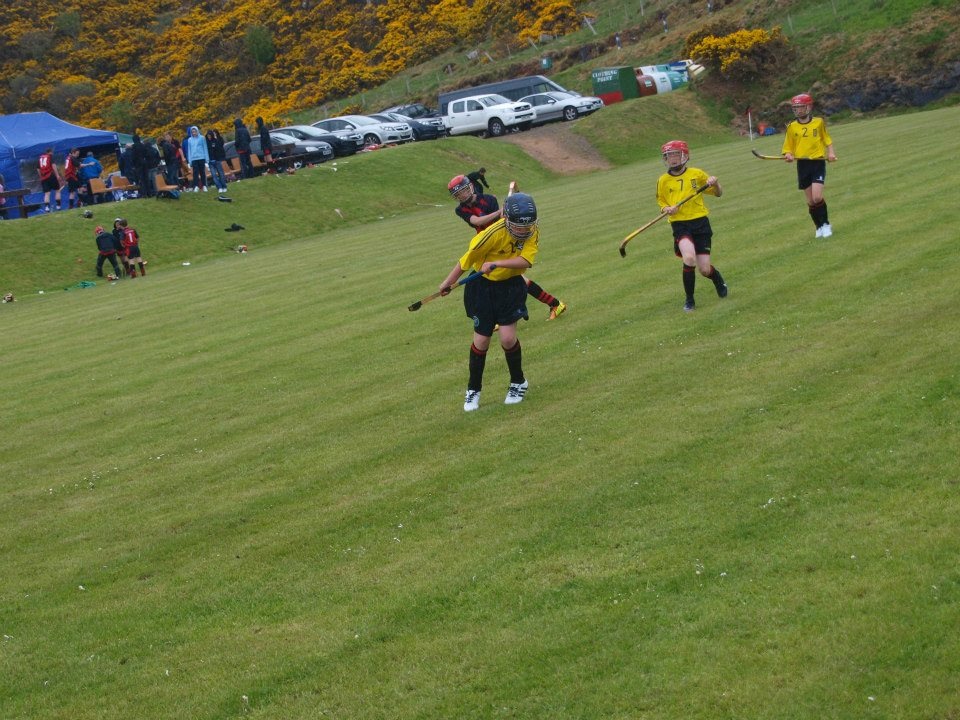 This will be Lewis’ first journey back to the Sixes since that day, although a youth team was sent last year and Scott MacLeod and Ronan Sinclair were on good goal scoring form. The tournament has gone from strength to strength since 2010 and should also feature Lochbroom, Caithness and Glengarry as well as KLB this Saturday. The event will also mark the opening of the new Scourie pavilion and changing rooms and Camanachd Leòdhais looks forward to being part of the day.

Camanachd Leòdhais’ own sixes the Craig Morrison Stornoway Sixes are on 21st June in Stornoway.