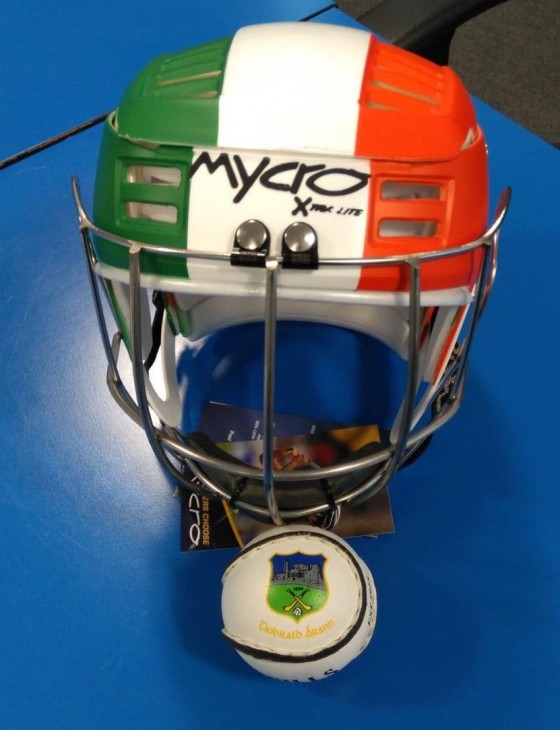 On Saturday, the first team had  a competitive game against Lochaber but the Spean Bridge side eventually came away from their visit to Shawbost with a 3-1 win.  It looked like we might get something from the game at halftime as David Cleary managed to level the scores at 1-1 but Lochaber grabbed two second half goals to put the result beyond doubt. However, the first team was competitive throughout and continue to show improvement with the big test of high scoring Lovat next weekend.

It was appropriate that David signed off from a brief but impactful Dubh is Gorm career with a goal against the team he also scored his very first goal against last season (in a slightly more ignominious 11-1 defeat). A native of Tipperary who grew up playing hurling, David has worked as a maths teacher at the Nicolson Institute for the last couple of years and the club has been very lucky to have his input on and off the pitch.  After a couple of games adapting to the change from hurling to shinty, David has become an important player with 7 goals to his credit. He has also had a big impact in the school, taking on the coaching burden after Ally Lamont left last session, and bringing through the excellent crop of youngsters who are now taking a much bigger role on the pitch. 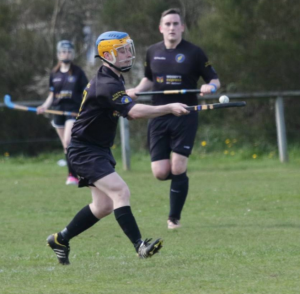 Donald Lamont said “For a man who has only played two half-seasons, David has had a big impact, he’s a great character and will be missed especially for his work with the youth. As a sign of his undoubted impact on the youth he was presented with a hurling helmet in Irish colours and a Tipperary sliotar by the young players he has coached.”

David now heads to Thailand to take up a teaching position abroad and he goes with our very best wishes, and he will always have a warm welcome in Eilean an Fhraoich. (David (left) pictured with Club Captain Peter Gomez and Ally Lamont) 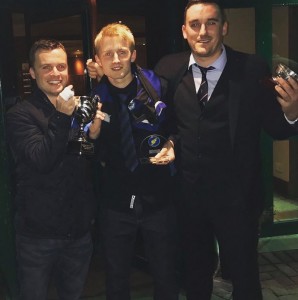