A weekend when the sun shone

It was a busy weekend for the club, with three teams in action for the first time in our history.

At Shawbost, a late equalizer from Ally Lamont helped us secure a 2-2 draw with Caberfeidh. Connor Chalmers had opened the scoring in the first half.

Fairplay to Cabers who were reduced in number by the end of the game, but it was a relief for all at the club to move off “Love” and on to our first point of the year! Next up is Glengarry at Shawbost. An important game for Duncan the manager as he is a Glengarry man himself, earning North U21 honours whilst playing for the Lochaber side back when the game was in Black and White. 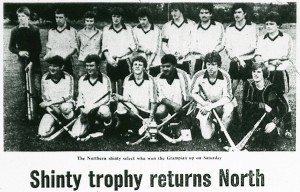 Over on the mainland in Scourie, our Under 14s put in an admirable performance in what was their first taste of mainland shinty, grabbing a win and draw and putting in admirable performances against winners Glengarry. Keith Bray was the man of the hour, with three beautiful goals! All the boys had a great craic and even christened the new mascot, Bochan!

We also had a team in the open competition, which was very strongly contested, but it was a good learning experience for several younger players. Eoghan and Seumas couldn’t make Shawbost for teh firsts so they tagged along, with members of the ladies squad, Wee John Hearach and the young man who was named player of the whole tournament, Steven Morrison. Steven showed some great touches in all the matches and he was the worthy winner in main referee Duncan Clark’s eyes.

Then of course, there was this great photo – courtesy of Donna Bray. 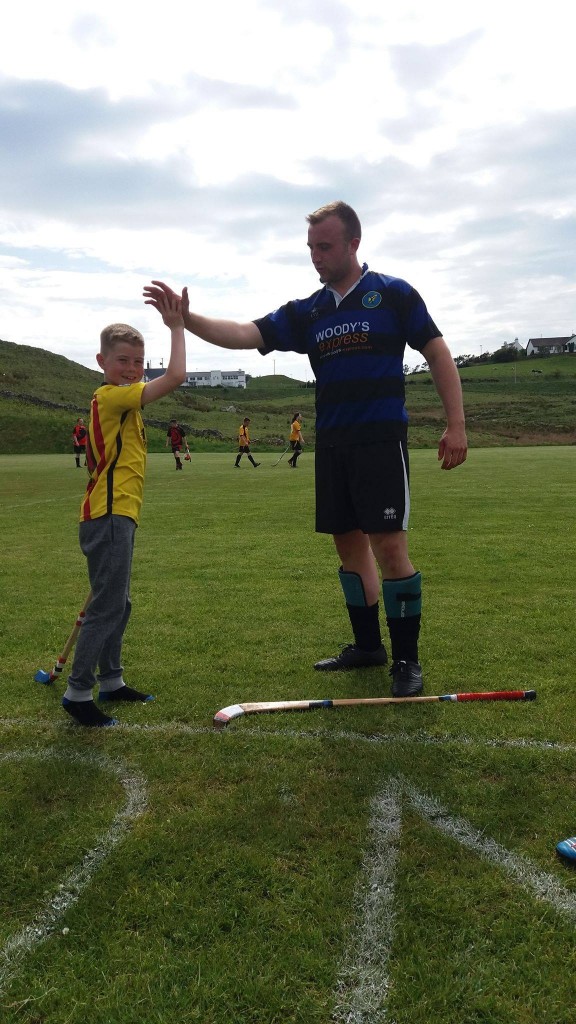