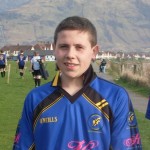 Camanachd Leodhais are very proud to announce that for the first time since 2007, we will have representation at the Scottish Hydro National Development Camp at Strathallan School in Perthshire.  Our representatives are Connor Chalmers, Michael MacLeod and Paddy Sinclair, who have all made a large contribution on the park this year.

There will be around 70 Under17 players involved in the camp which draws players from across the shinty world and can result in selection for the National Development Squad which will tour Ireland in 2013.

Along with the three Camanachd Association Development Officers, the coaching team will include Scotland Internationalist and Fort William star, Gary Innes, Camanachd Cup medal winners, Fraser Inglis and Michael Clark and covering fitness will be Stephanie Dunstaffnage.  Dietician, Pam Paul, who has worked with many top sportsmen and women, will also be there to speak to the players.

The camp ends Thursday 19th July when presentations will be made to the Player of the Camp, Most Improved Player and to the player who shows an Outstanding Display of Commitment. We hope that our boys can impress the shinty world. Good luck.