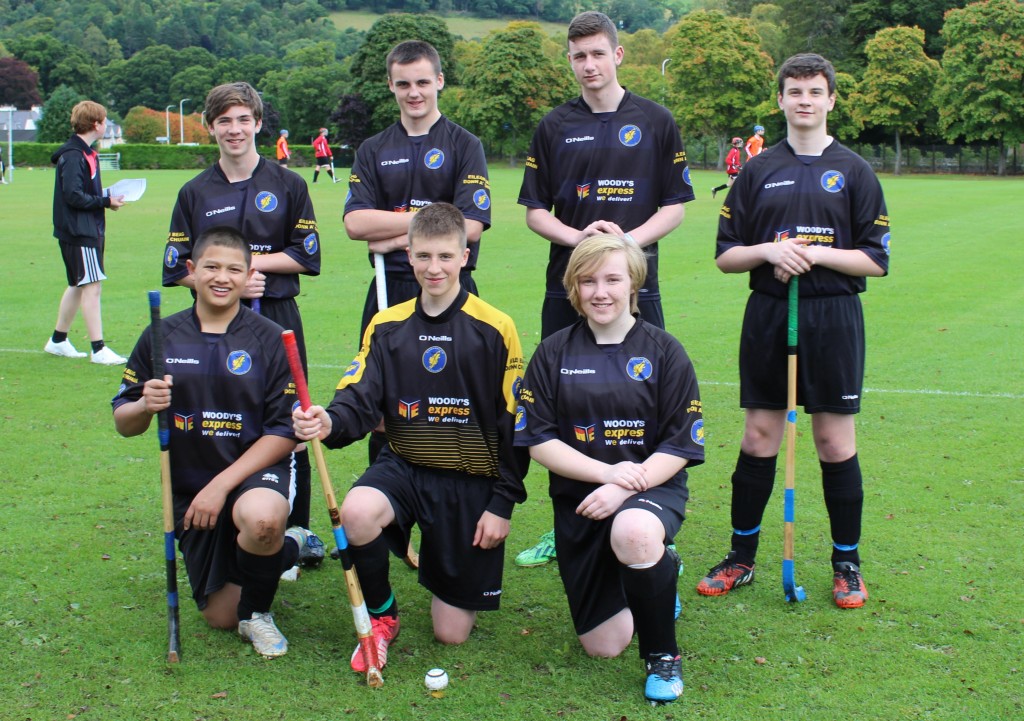 The Nicolson Institute under 16 Shinty team took part for the first time in The Great Glen Shinty Sixes at Drumnadrochit this Tuesday.

Ten teams from various schools in the Highlands took part and they formed two leagues of five teams with the top two teams going on to contest for a place in the final.

The Nicolson took on Kilchuimen High School from Fort Augustus first. They were putting some good moves together but were hit by two late goals and went down 2-0. Their second match was against Kingussie A who were to eventually win third place in the tournament.Kings played some fine shinty and The Nicolson’s defence was no match for them as they succumbed 7-0 .

Coach Iain “ Diablo” Sinclair then regaled the team with one of his inspirational team talks urging his troops to show the true potential he knew they had.

Next opponents were Glenurquhart B who promptly took a 2 goal lead.However as the famous Lewis Camanachd Shinty song goes,”Things began to changy Oh…” and The Nicolson team began to gel. Coach Sinclair urged Scott MacLeod to carry the ball upfield and he launch a screamer from halfway which nearly burst the net.Minutes later Ruaraidh Macmillan finished off a nice move involving Scott MacLeod and Ronan Sinclair to equalise the scores.

The Nicolson had achieved their first points at the tournament.

Coaches Iain “Diablo” Sinclair and John Nally urged the players to keep up their good form and go home with a win. They promptly obliged with a fine performance against Charleston High A from Inverness.

The defence of Thapa, MacRae and MacLeod stood solid and Scott MacLeod’s fine bye hits provided the forwards with plenty ball. Ruaraidh MacMillan’s clinical finishing gave The Nicolson a well deserved 2-0 victory. Aidan Millar and Ronan Sinclair were unlucky not to add to the total.

The Nicolson finished 3rd in their group of 5 teams a great performance for a first outing at the tournament which was celebrating it’s twentieth anniversary.

In the final a strong Lochaber High team won the final against Glenurquhart A 1-0 after extra time. Kingussie A were third with Kilchuimen High taking fourth spot in the 3rd and 4th place play off.

Thanks must go also to Melissa Chalmers for accompanying the group and taking photos and helping on the sidelines.

Taing Melissa. The squad was: