Lots of action at Shawbost on Saturday, it was a tough workout against a high quality side but should hold us in good stead for the rest of the year. Congratulations to Kevin and Ruairidh on their goals.

One of the benefits of playing Skye is that they also have their own website and have already done a good report of the match, so here is a link to it. 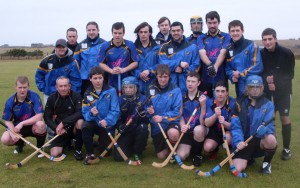 Coinneach as usual took some excellent photos, see them here.